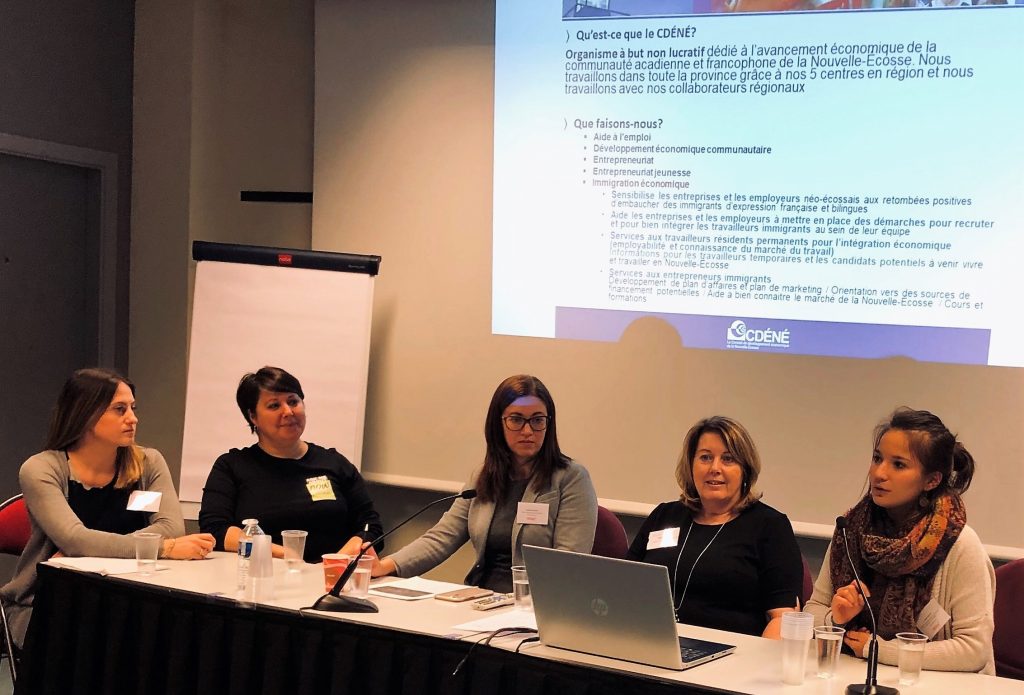 Panel presentation on Living in Nova Scotia : Stephanie MacLean of Cape Breton Partnership, Tina Hennigar of Now Lunenburg, Angélique LeBlanc of Western REN, Robyn Webb of Halifax Partnership and Laura Lê of Conseil de développement économique de la Nouvelle-ÉcosseThe Western REN was pleased to accept an invitation extended by the Province of Nova Scotia to take part in a Destination Canada mission this Fall.  Lena Metlege Diab, Minister of Immigration and Minister of Acadian Affairs and Francophonie, led the mission which also included staff from the Offices of Immigration and Acadian Affairs and Francophonie, Now Lunenburg, Halifax Partnership, Cape Breton Partnership and Conseil de développement économique de la Nouvelle-Écosse.  Organized by the Canadian Embassy in Paris, Destination Canada, is a recruitment event that targets bilingual Francophones who are interested in living and working in Canada. Meetings with potential immigrants were held in Paris on Nov. 13-15, and Brussels on Nov. 17. 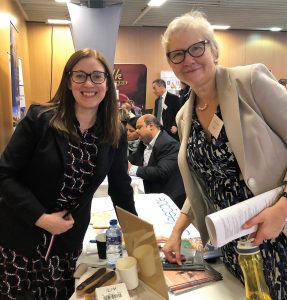 Western REN CEO shared information about working and living in the region and promoted opportunities through participation on a Nova Scotia panel, as well as through a booth set up to promote the area. Not only was it an opportunity to talk face to face with individuals exploring a move to Canada, it was a chance to promote the vibrancy of our region and consider what we may be lacking when we think of welcoming newcomers. Nova Scotia media release (English and French)